The Challenge of Details Among the Meh Crowd 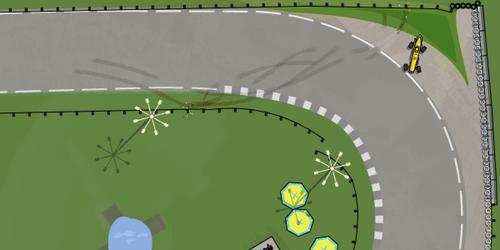 Do I believe in attention to detail?  Yes, I certainly do.  Sometimes, annoyingly so.  More correctly, however, I believe in craftsmanship.  So, what's the difference?  Now, there's a hard question to answer.

Sometimes, I believe attention to detail and craftsmanship are the same; sometimes, I believe they are different.  Take the term "polish," for example, as used today in regard to video games.  I could take a bucket load of canned special effects and start throwing it at my game and I'm sure many people would be attracted to this and call it polish.  To me, however, (if jumping out of game design too soon) this could equate to repairing a hole in my wall with some duct tape and painting over it with some random color paint until it looks good.  This clearly is not craftsmanship no matter how much detail one adds to the paint job.

I have a deep belief that craftsmanship matters even at the expense of polish.  Yet, big parts of craftsmanship are both attention to detail, and polish.  So, how to balance it all?

I have learned follow a rule of "good enough" (or "Boris" as in the great "Boris Good Enough," and not "Boris Badenov" from The Rocky and Bullwinkle Show).  This, to me, is basically a 90:10 rule.  Or, is it a 10:90 rule (or a 1:9 rule)?  Anyhow, I generally believe that if a detail or a change will be specifically noticed by at least 10% of the users, then the other 90% will find that detail or change to be an improvement -- even if they can't identify exactly what it is.  Thus, such details and changes are ALWAYS worth it to me.

If, however, I believe a detail or change will be specifically noticed by only 1% of the users, then I also generally believe that only another 9% will feel an improvement to some small degree that they can't specifically identify.  This is the borderline territory for me.  Sometimes, I may go for such a detail anyway.  Sometimes, I may not.  It usually depends on other factors at that point such as time, collateral improvements, or, yes, even personal bias (because I should always enjoy what I do -- no one else can do that for me).  If I estimate such a detail or change to be below even this 1%, then it will almost certainly get axed or tabled, even in spite of personal feelings for it.

Case in point: the skid marks in GRITS Racing.  I spent a few weeks on those alone.  First, getting basic marks working efficiently with the game engine.  No easy task there to get about 50 wheels simultaneously laying down permanent tracks efficiently.  Then, I kept one-upping the quality of the marks to get it right.  But, there really was no "right."  There was only "Boris."  It took some complex (for me) long-forgotten trigonometry to get the skid marks Boris with varying width according to the slide direction.  "Let's see, I've got a wheel pointed this way, with a contact patch that looks like this, while sliding in that other direction; now, how exactly do I get the polygon correct to connect patch A to patch B."  (You can see a picture of me trying to visualize this math in my first devlog.)

Anyhow, once I got the skid marks Boris, I had to quit and move on for the sake of getting a game out in some reasonable amount of time at some reasonable performance level assumption (because I don't have time to performance test everything at this point in the design process).  But, what I also knew at the time was that I still have some visible seams in those beautiful-but-boris (BBB) skid marks that, if I really really wanted to, I could get rid of.  To my 10:90 rule, however, I expect that such an improvement would be specifically noticed by less that 1% and, thus, should not be done at this time.  Besides, it would probably also double the number of lines of skid mark code and have a similar impact on performance (which, like I just mentioned, I don't have time to test out yet).

Does anybody really care about such detail balancing?  I'm sure a few do.  I guess only time will tell if my balance of all this can appeal to more than just a few in a game that otherwise doesn't look like it has much "polish" yet.

More polish will come, to be sure, when time and budget allows for it, but, primarily, this a game that will likely always be weak on the visuals -- much like the first version of Worms and the related difficulty it had in finding a publisher -- now, if I can just find that Worms level of interesting game play and chaos that I'm aiming for.