Prison Dodgecar minigame is back!  The best 6-8 player couch minigame on the planet!

Was it gone?  Well, sort of.  While working on adding the team-selection feature, I noticed I had broken the primary feature of Prison Dodgecar some time ago.  Apparently, it broke when I added the feature that allows drivers to fall out of their cars in collisions (which is not used in Prison Dodgecar).  The feature I broke was the attachment of the Tesla Shields™ to the car.  Without that, Prison Dodgecar is a pretty lame bumper-car game.  Boo!  Now, it's a TS-powered bumper-car game again!  Yay!

In other news, I was wrong in my prediction that the next feature added might be the leaderboards.  That one is a huge push as the leaderboards are not simple for this game.  Having a team selector for the minigames was another gaping hole in basic features and, being a much smaller feature to add, I chose to do it before getting to the leaderboards.  Bummer, eh?  Still no idea when I might get to leaderboards amidst my tiny contract work and impossible job hunt.  If only GRITS Racing could pay my rent... this game would have been finished by now... with prettier menus and tracks. 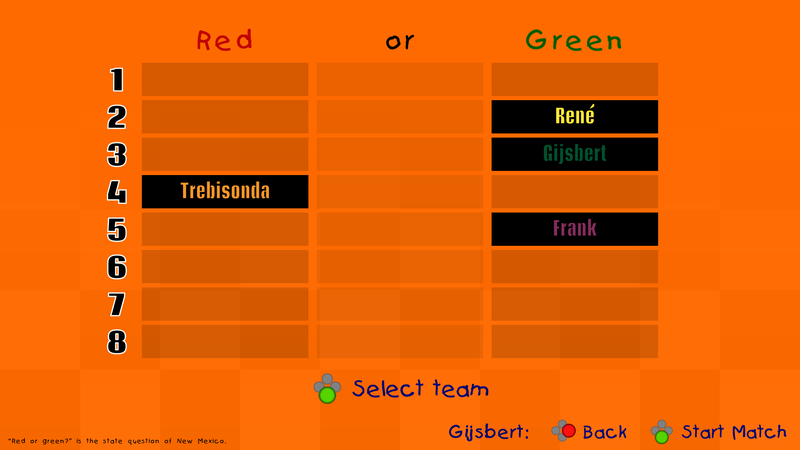