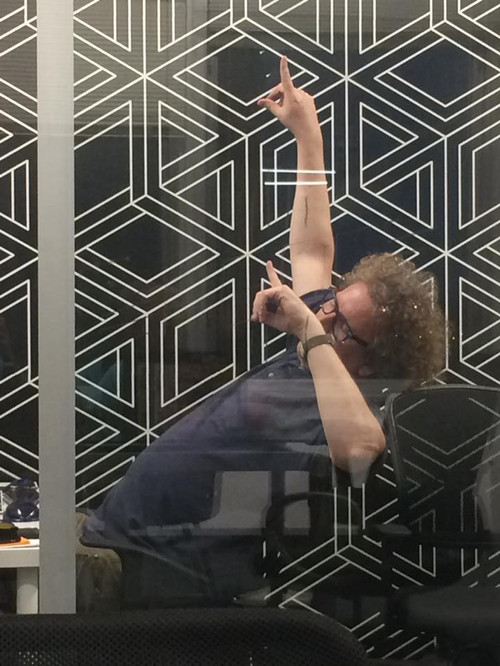 First, a brief introduction.  My name is Matt and I am the game designer and programmer for GRITS Racing.  My partner in this venture is Brooks and he is doing all the art but, more importantly, it is pretty much all his fault that I got hooked into this project.  So, all that credit goes to him.  What happened was that, last July, Brooks put out a question to the local game dev group asking if anyone wanted to coop on a Switch game.  I was wrapping up a small test game on the PICO-8, Landing Party of Legend, and was beginning to look for more IT contract work when I threw a pitch back at Brooks for a single-screen racing game with a new mayhem model.   For some reason he agreed to help me with it.  But, that's the kind of guy he is.  Always willing to  be helpful.  We need more people like that.

Thus, in September of last year, after cancelling all prospects for real work, I started work on "code name: SSRacer" full time while Brooks worked part time on it.  I've been "all in" on this for about 8 months now.

The original game design called for two levels of what I called "mayhem models" to be built.  Mayhem Model 1 (MM1) represented the basic core engine of the game (and also the minimum viable product [MVP], more or less).  As unique as MM1 was, however, I felt that Mayhem Model 2 (MM2) is what would really separate this game from all that came before it, and is also what should also provide replay value to a wider audience.  (And then there is also MM1.B, but that's another story....  Actually, all MM1.B is, is the definition of A.I. cars and their personalities.)

MM1 is pretty much complete even though there is still much to do in areas of polish and tweaking.  In other words, we have a playable game at the moment which is proving to be fairly engrossing already.  I like it as is and we tend to get sucked into putting in too many laps during testing... but I know it needs more... I want more.

What has been built so far:

* I would love to talk more about the physics behind the cars but I also don't want to give too much away about them so as to keep the copycat cloners at bay.  All I am willing to say is that I've put a ton of work into them to make them feel as real as possible -- and they feel really really good.  Then, after that, I cheated on some of the coefficients a bit to make them more accessible to novices.  This is, after all, a party game first and a racing game second.

** The skid mark generation was a huge challenge to do well (attached is a photo of me working on it)... but an absolute requirement... and another feature to help keep the copycat cloners at bay.

What is missing from MM1:

What else is definitely missing before early release:

What else is maybe missing before early release:

All the above is more or less as I can remember it at the moment.  I'm sure I forgot stuff.