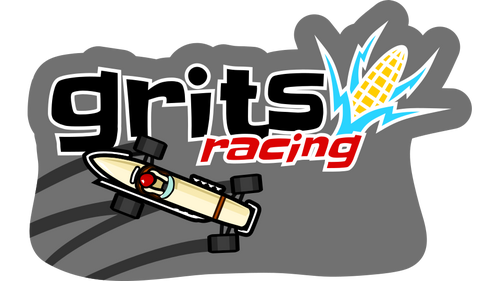 I wish to be as transparent as possible and to update the fans of GRITS Racing on the status of the game at least once a month during slow development periods.

The good news is that discounted early-access sales continue to trickle in.  Fans also continue to trickle in on the Steam community and on wishlisting the game.  The bad news is, as mentioned in the news post for the last version update, my savings has finally run dry and I must pause to look for other work.  Thus, between working on a small contract, looking for work, and maintaining my patches for old Sierra games, I haven't had much time left for GRITS Racing these last few weeks.  I usually don't give the game patches priority over GRITS Racing -- so don't worry about my priorities there -- many of the fixes that I could add to that collection have been on hold since I started full-time work on GRITS Racing in August 2017 and will remain on hold.

Once I get my finances above water again, work on GRITS Racing will resume to whatever degree I can manage.  We're at only version 0.2.x and there is still a ton of work planned before we get to version 1.0 (not to mention features already on the version 2.0 wish list, as well as features for spinoff games).  The British figure-8 track is still planned for the next update.  After that, I will probably alternate between more mini Grand Prix tracks (Italy, Japan, France, GB, Belgium, Netherlands, and one unknown, perhaps Monaco) and more Wacky Wodifiers.  Then, hard to say of the many things left after that.

If you haven't tried the updates yet that came in April and May, give the latest version a try.  The A.I. cars, banking (not visible in the art yet), smoke and dust add quite a bit to the game over versions 0.1.x.  The game is struggling to find its audience, partly, I figure, because I haven't discovered how to break through the noise yet.  Also, party games on PCs aren't much of a seller, regardless.  Then again, maybe it's best the game hasn't gotten any coverage from influencers yet because there is still so much more to do before it's in a good position to make a good first impression with most players.

I'm also starting to look at the Xbox One in addition to the originally-targeted Switch and secondary Atari VCS.  Maybe GRITS Racing should be added to this Xbox One List of games with 8 player local support (a list which is surely out of date now).

Thank you to all of our fans! 👋  You make the absurd risk of building this equally-absurd game worth it.