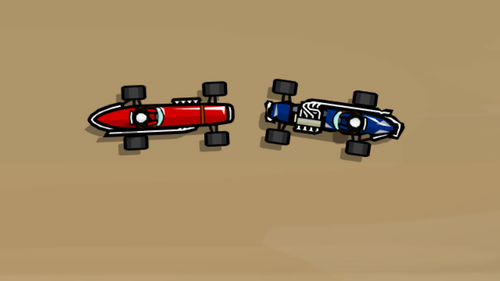 Version 0.3.0 doesn't add much that will be noticeable over the last 0.2.x version -- it is more of a wrap to all the 0.2.x edits.  That said, there was still a ton of hard work behind this update.  Most of that was on those barely-noticeable shadows.  The shadow controllers were rebuilt, and then rebuilt again, until I found the right setup for optimal performance with shadows on both static and dynamic objects as well as optimal track editing.  Thus, just about every object was updated (and updated again) even if not significantly so.